Introduction
Any pipe or tube designed to transport treated drinking water to consumers is referred to as a water pipe. Large diameter main pipes that supply entire towns, smaller branch lines that deliver a street or group of buildings, and small diameter pipes located within individual buildings are all examples. When plumbing was first introduced into homes in the United States in the early twentieth century, materials such as cast iron, terra-cotta, copper, and galvanized steel were used. Lead piping was also popular and was the preferred material for plumbing pipes until World War II. However, as the public’s understanding of lead poisoning grew, the use of lead piping declined, particularly for potable water. After WWII, galvanized screw piping became the preferred material for plumbing pipes inside the home, and copper gained popularity a few decades later, in the 1970s. Polybutylene was introduced later in the 1970s. It was later discovered that this material is harmed by chlorine exposure, so it is now prohibited in many building codes. Earlier, clay pipes were utilized by the Greeks to bring water to their dwellings and public structures.

Water is generally treated before distribution and sometimes chlorinated in well-planned and designed water distribution networks to prevent recontamination on the way to the end-user. Water pipes can be large, up to 3.65 meters in diameter, or small, 12.7 mm pipes that supply individual outlets within a building. Water pipes are commonly built of cast iron, polyvinyl chloride (PVC), copper, steel, or concrete.

Galvanised Steel Pipes – Galvanized pipe is a steel pipe with a zinc coating applied to it. The galvanized covering prevents the pipe from rusting. Galvanised pipe was formerly the most prevalent type of pipe for water supply lines, but due to the labor and time required to cut, thread, and install galvanized tubing, it is no longer widely utilized, except for minor repairs. Galvanized water distribution pipe, on the other hand, is still used in more extensive commercial installations. When water movement is sluggish or static for long periods, using galvanized steel or iron as a conveyer for drinking water is problematic because internal corrosion generates rust. Water transported through galvanized steel or iron piping may have an unpleasant taste and odor when exposed to corrosive conditions (WHO 2006). Galvanized steel pipes have a lifespan of 20 to 50 years before they start to corrode. This lifespan may not appear to be very short, yet it is insignificant compared to the lifespans of several other piping materials. Mineral build-up inside galvanized pipes can cause jams that limit water flow over time. 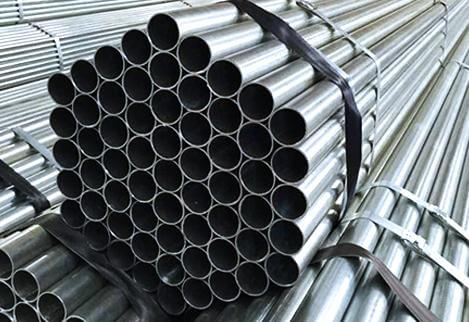 PVC Pipes – PVC or Polyvinyl Chloride Pipes can withstand high water pressure. This is why it can also be used as the primary water supply line for homes. It’s also a lighter-weight material than standard galvanized steel piping, making it easier to deal with. PVC pipes also have a smooth inner lining that protects them from silt buildup and increases their resistance to obstructions. There are fears that it will introduce polyvinyl chloride compounds into drinking water, causing respiratory and reproductive problems. As a result, several jurisdictions have made it illegal to transmit drinking water through PVC plumbing pipes. PVC pipes are non-corrosive and lightweight, making them simple to handle and carry. Nonetheless, they are durable and come in long lengths, reducing installation and transportation expenses. However, they are prone to physical damage and become brittle when exposed to ultraviolet light if exposed above ground. PVC will soften and deform if exposed to temperatures above 65 °C, in addition to the issues connected with its expansion and contraction. 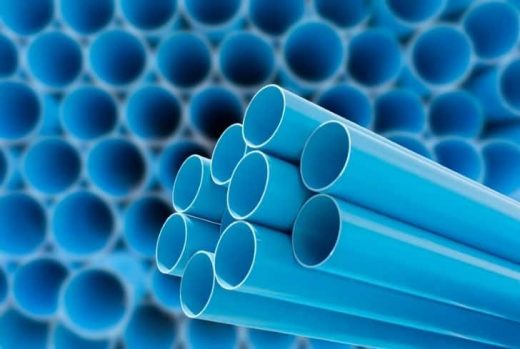 Cast Iron Pipes – Cast iron plumbing pipes are incredibly long-lasting and are still used in water distribution systems today. Sewer pipes and other drainage systems were commonly made of cast-iron pipes. The fact that they are heat resistant and decrease the sound of moving water contributed to their appeal. Cast-iron pipe, however, is prone to rust and corrosion. This will have an impact on its ability to maintain a clean water supply over time. Copper or PEX pipes have mainly replaced these types of pipes in home plumbing repairs. Also, cast iron pipes, on the other hand, are hefty, making them unsuitable for inaccessible locations due to transportation issues. Furthermore, they are typically sold in short lengths due to their weight, which raises the cost of layout and jointing. 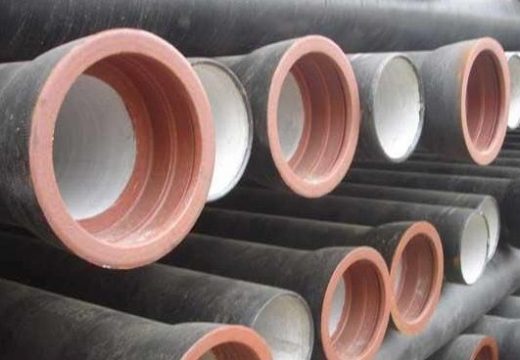 Copper Pipes – For decades, the copper pipe has been a standard in the plumbing industry. This type of plumbing pipe can endure up to 50 years and is widely seen in new and old homes in sinks, showers, tubs, and other fixtures. Copper pipes are still popular among plumbers and households due to their corrosion resistance and ability to safeguard water quality. Copper pipe is commonly used in HVAC systems for refrigerant lines and hot and cold water delivery. Although it was initially utilized in gas pipelines, most governments no longer allow it. Copper pipe can be used both underground and above ground. However, it is susceptible to some soils and should be protected with a protective sleeve if used underground. Copper pipe is available in various sizes, each identified by the diameter measured from one outside edge to the other in millimeters. The most standard diameters are 15 mm and 22 mm. However, 18 mm piping and several sizes above 22 are also available, all the way up to 108 mm. There are three thickness classes to choose from for plumbing: 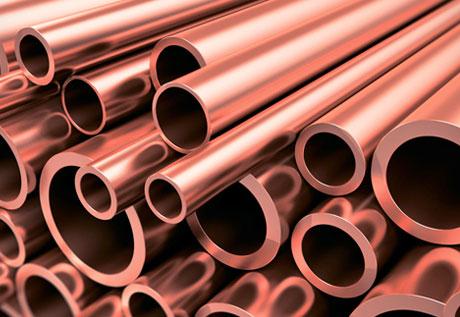 PEX Pipes – PEX piping, or cross-linked polyethylene piping, is a low-cost plastic tubing often used for water supply lines. It prevents rust or corrosion from seeping into the water, similar to PVC piping. PEX pipes are popular among contractors because of their flexibility and ease of installation in walls, ceilings, basements, and crawl spaces. They are also durable enough to endure the pressures of the water supply. For hot and cold water, cross-linked polyethylene pipe is color-coded, making it simple for plumbers to recognize and organize while on the job. PEX is flexible enough to turn 90 degrees without difficulty. It can be readily snaked into walls, making it an excellent material for retrofitting, and it can span the length of a home with only one long piece. PEX is incredibly straightforward to install because of its flexibility. There is no need for soldering or even gluing when joints are necessary. Further, these are temperature resistant and used in hot and cold weather conditions. 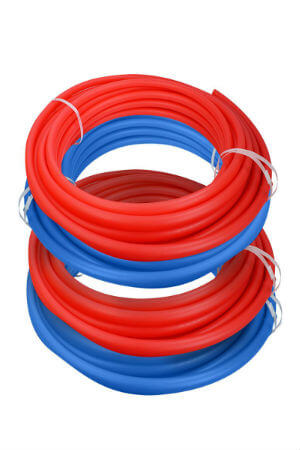 Polybutylene Pipes – From the late 1970s through the mid-1990s, polybutylene pipes, often known as PB pipes, were a popular alternative for plumbing. Polybutylene piping was used in as many as ten million homes built during that period. Polybutylene is a plastic resin formerly thought to be a futuristic substance that may be used to replace copper. These grey plastic pipes were, and continue to be, low-cost and simple to deal with. However, it was discontinued when it was discovered that PB pipes were prone to leakage at the joints.

Conclusion
There are many advantages of using water distribution pipes, including ease of water transportation using gravity, quality of water is improved compared to open wells, and so on. Besides, there are numerous disadvantages like high initial costs, high maintenance fees, risk of leakage and risk of contamination, so on. But with the modern technology, the material of the pipes can be improved for use in any environmental conditions.

Types of Beams Used in Construction

What are Grasscrete, its types, and its uses