Introduction
Structural failures are a result of many causes that need to be analyzed and studiedbefore allowing the occupants to live. These appear because of the lack of proper care while construction of buildings. Whenever a small crack appears, this eventually goes on enlarging itself unless treated by structural engineers. For prevention, it is advised to keep vigilance and strict supervision or inspection from time to time by experts to avoid any kind of accidents. There are some instances where the quantity is given importance over quality on construction sites. This is because money is mostly the governing factor at sites which effects the quality. At first, the work may seem to be perfect without any appearance of failure, but when time goes by, the real problem starts to show up. Some preventive measures are taken to repair such failures, but it is better to take preventive measures at site than after damage to the buildings.

Causes of failure
There are many causes that contribute towards failure of the structure, some of which are –

Some Famous examples of structural failure
Kemper Arena in Kansas City– The roof of the arena broke down during a heavy rainstorm. The design included a temporary reservoir to reduce storm water runoff from the roof, but it only had eight drains that violated the local code that mentioned at least eight times as much. Due to this, the reservoir could only sustain 2 inches of rain before overflowing. One night, the roof collapsed and it was so violent that pressure from the roof falling blew out some of the walls. 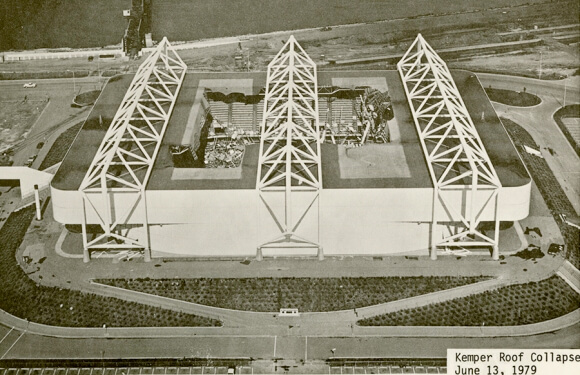 Lotus Riverside Complex, China – A newly built, vacant apartment building collapsed that killed a worker on site. Investigations led to the discovery that depositing excavated soil on a nearby river bank caused instability in ground conditions that led to building collapse. 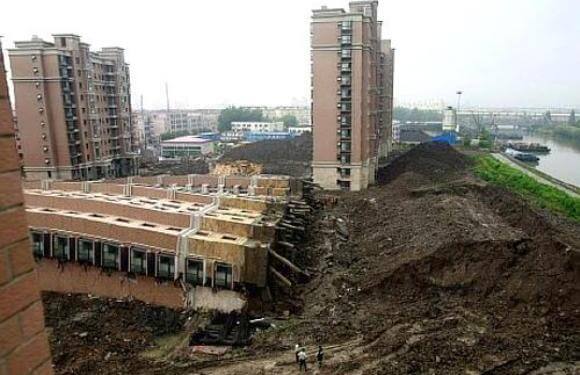 Hyatt Regency Walkway Collapse, Kansas City– When two walkways at the Hyatt Regency hotel in Kansas City fell four floors into the lobby below where a dance competition was being held, it led to the killing of 114 people were killed and injured 200 people. It was considered one of the deadliest structural collapses in US history until the 2001 World Trade Centre attack. Investigation led to the discovery that due to last minute changes in the design of the walkway (the tie rods and support beams were forced to hold the weight of both the second-floor walkway and the fourth-floor walkway), it added too much weight for the ties and beams to hold. 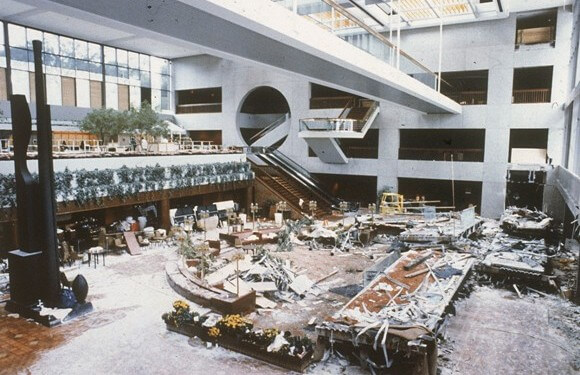 Conclusion
Building failure is a serious matter that must not be overlooked and efforts must be made to make the building safe for occupants by proper planning and design. Last minute changes must be avoided and any failure in the structure must be treated immediately. Preventive measures are always effective than remedies and so the civil engineers must opt for safe design always.