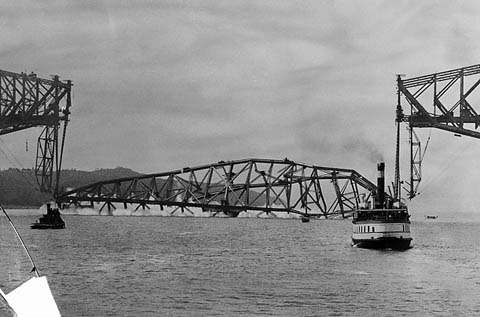 December 15, 1967. Silver Bridge (USA)
On December 15, 1967, the Silver Bridge collapsed while it was choked with rush hour traffic, resulting in the deaths of 46 people. Investigation of the wreckage pointed to the cause of the collapse being the failure of a single eye-bar in a suspension chain, due to a small defect only 0.1 inches (2.54 mm) deep. It was also noted that the bridge was carrying much heavier loads than it was originally designed for and was poorly maintained.The new bridge that replaced the Silver Bridge was named the Silver Memorial Bridge. 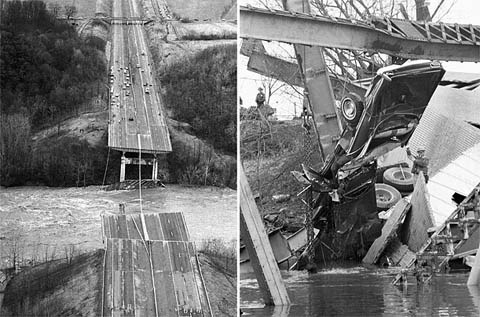 March 17, 1945. Ludendorff Bridge (Remagen, Germany)
28 U.S. army engineers were killed while working to strengthen the bridge, and 93 others were wounded. 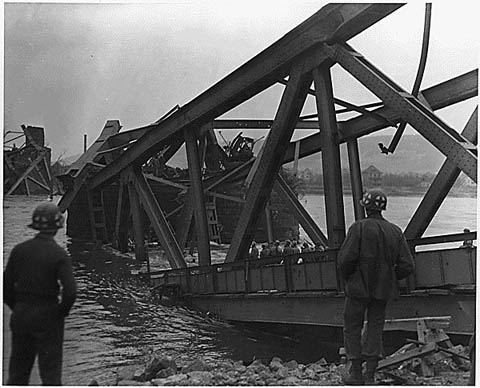 June 28, 1983. Mianus River Bridge (Connecticut, USA)
Three people were killed when their vehicles fell with the bridge into the Mianus River 70 feet below, and three were seriously injured. Collapse due to failure of the Pin and Hanger assembly supporting the span. 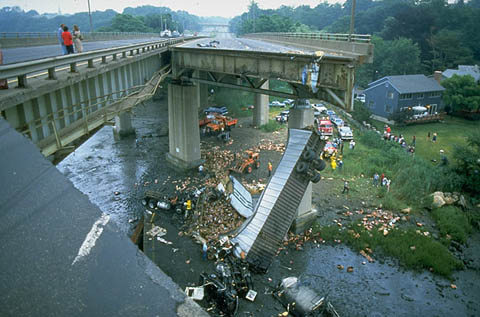 October 21, 1994. Seongsu Bridge (Seoul, South Korea)
On October 21, 1994, Seongsu Bridge connecting Seongsu-dong and Apgujeong-dong of Gangnam-gu, Seoul, collapsed. The slab (48 m) between the fifth and the sixth leg of the Bridge collapsed so 32 people died and 17 people were injured. One of its concrete slabs fell due to a failure of the suspension structure. This structural failure was caused by joints of trusses (steel structures) supporting the bridge slab were not welded to the full; the welding thickness, which should be over 10mm, was only 8mm; and further, connecting pins for steel bolts were poor. 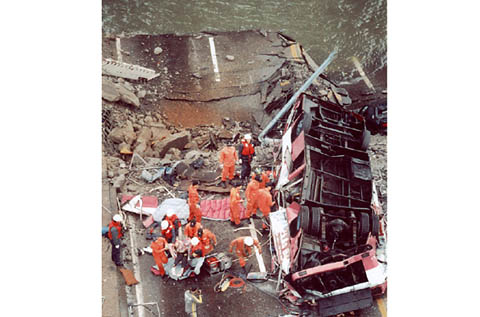 January 4, 1999. Rainbow bridge (China)
In January 4, 1999, a pedestrian Rainbow bridge across the Qi River in the Sichuan province collapsed three years after it was built. The collapse of the Rainbow bridge led to 40 deaths and 14 injuries. Parts of the bridge were rusty, concrete used in its construction was too weak and there were serious welding problems. 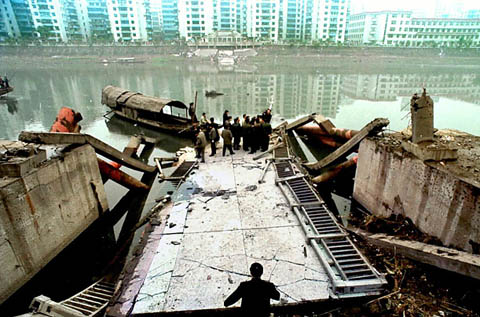 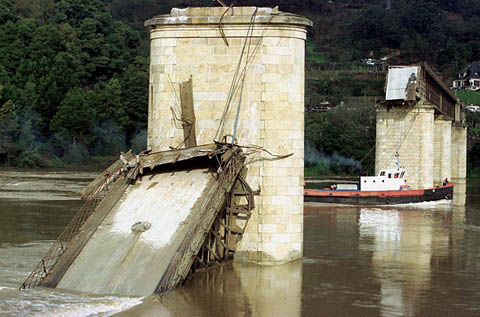 August 28, 2003. Bridge Daman (Daman, India)
At least 25 people, including 23 children, die when a bridge in the western coastal area of Daman collapsed into a muddy river, throwing a school bus, 10 vehicles and pedestrians into the swirling waters due to heavy rains. 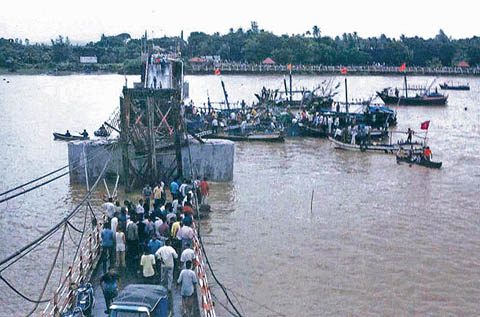 November 7, 2005. (Almunecar, Spain)
Five Portuguese and one Spanish national died near Almunecar on Spain’s, after a 20-ton section of motorway viaduct fell from 80 meters onto workers below. 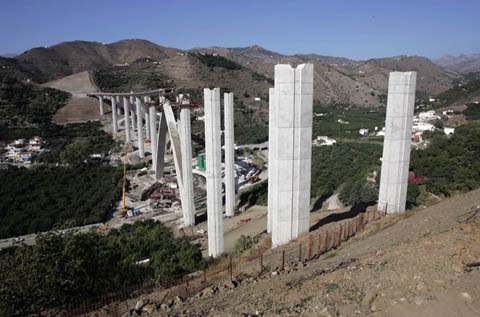 December 2, 2006. (Bihar, India)
Thirty-three people are killed when a 150-year-old bridge, being dismantled, crashed on the train near the Bhagalpur railway station in the state of Bihar. 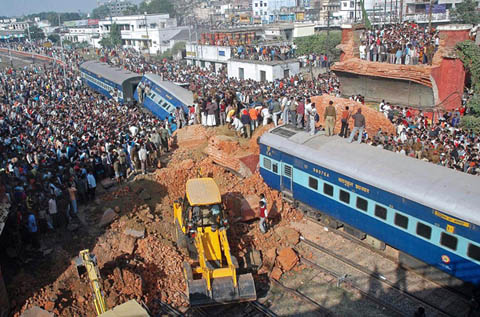 August 1, 2007. Minneapolis I-35W bridge (Minneapolis, USA)
On August 1, 2007, during the evening rush hour, the main spans of the bridge collapsed, falling into the river and onto its banks. Thirteen people died and approximately one hundred more were injured. The 1,907-foot bridge fell into the Mississippi River. Currently under investigation. 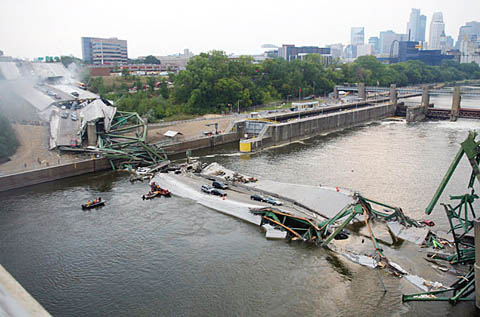 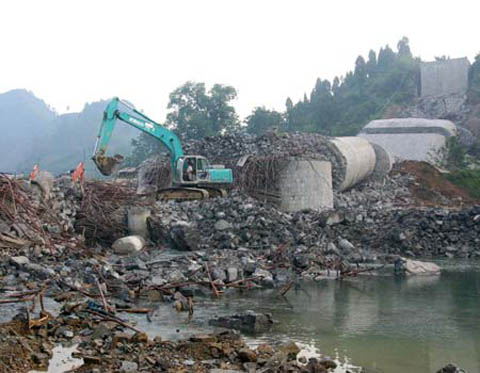 You are also requested to mention accident held on site during construction, for Ex. slip of Girder, Collaps of Girder & slab at the time of Lowering, launching, shifting, stressing etc.

I hope to add the cause of these mistakes

Regars u Missed the Karachi bridge In Pakistan please update it as soon as possible. tht all engr can know about desaster at karachi

AS A CIVIL ENG. WE HAVE TO PREVENT THE FUTURE DISASTERS

You missed the Second Narrows bridge in Vancouver, B.C.

may i support Ehab in requesting that you also nclude the causes of these
failures, we see whether there is a common cause in all of them.please.

can u pls put on the exact reasons y these ha been caused…..i am not satisfied by the above content….as a student of civil engg v require the scientific aspects precisely….kindly do it and oblige.

can you please put the disaster reasons.

The first photo of the second entry is not correct: that is not the Silver Bridge.

The Silver Bridge was a suspension eye-bar bridge across the Ohio River, and NOT an Interstate overpass.

is that the bridges in Hunan, China was the last collapsed,…..how about in Haiti……..maybe you should update that one……… :():thanks

Why do natural disasters occur ? give reasons pls.

Excellent gathering.Better to add some sample detailed project reports on disaster management for the PG Level,
so that it will be more advantageous to
final year students and working professionals
Thanking you
Regards
GANESH B V

(Reuters) – At least 40 people were feared killed after a bridge under construction in the Indian state of Rajasthan collapsed, police said on Saturday.
The accident occurred when laborers working on the bridge being built over the Chambal river in the western state’s Kota city fell into the water after the metal structure collapsed late on Thursday, Rajeev Dasot, an inspector general of police said.”At least 40 people have died in the accident and we are now trying to recover their bodies,” Dasot told Reuters by telephone.

An inquiry has been ordered into the circumstances leading to the accident on the bridge, being jointly built by South Korea’s Hyundai Engineering and Gammon India, he said.