A cantilever bridge comprises structures that protrude horizontally into space and are only supported on one end. A cantilever is something like a balcony that protrudes from a building. The cantilevers on small footbridges may be simple beams; however, major cantilever bridges designed to handle road or rail traffic require structural steel trusses or prestressed concrete box girders. The steel truss cantilever bridge was a great engineering accomplishment initially implemented. It can span over 460 meters (1,500 feet) and be built more simply at challenging crossings due to the lack of falsework (temporary supports). The Hassfurt Bridge spans the Main River in Germany and has a central span of 38 meters (124 feet), considered the first contemporary cantilever bridge. 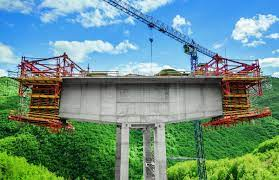 The balanced cantilever method is used for bridges with few spans ranging from 50 to 250 meters. The bridge can be precast or cast-in-place. Furthermore, the main notion of the balanced cantilever construction method is to alternately attach segments at opposing ends of cantilevers supported by piers. This approach can easily adapt to irregular and long span lengths, congested project sites, rugged and water topography, rail crossings, and environmentally sensitive places. It is also ideal for the construction of cable-stayed bridges. In each erection stage, new cable stays will support the segments once they have been put. As a result, no auxiliary supports are required, making it cost-effective and feasible for long cable-stayed bridges. With only one cantilever, the length of the structure should be kept short to avoid uplift at the other end. The advantages of a cantilever balance bridge are that it is both easily supported and has a continuous construction. Cantilever balance bridges, like continuous bridges, required only one line of bearings over the piers. 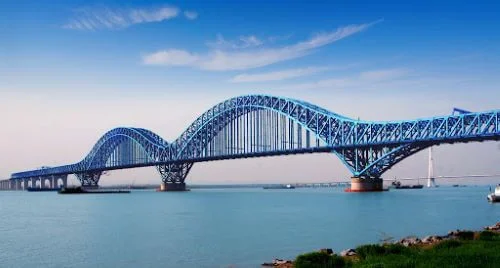 Continuous cantilever bridges are unique bridges built by attaching two gantries from opposite ends of the abutments to the center of the structure to finish the structure. The Abutments should be made heavy to compensate for the lack of a balanced cantilever. Continuous Cantilever bridges comprise a continuous beam spanning two supports while preserving its bending moment and shear strength. For structural stability, continuous truss bridges rely on stiff truss connections.

Conclusion:
Two cantilever arms stretch from opposite sides of an obstruction to be traversed and meet in the middle of a simple cantilever bridge. Cantilever bridges can be constructed without falsework beneath them or temporary support towers and cables above them. One of their major advantages is this. They’re also built with a lot of rigidity, so they can handle a lot of weight without causing damage to the structure.