Bricks are rectangular units of uniform dimensions. Clay is used to making bricks. In construction, there are different types of brick. When stone is not accessible, bricks are commonly utilized as a substitute. Brick is a common building material made of clay and comes in rectangular shapes. Because of their inexpensive cost and long lifespan, they have remained popular since ancient times.

Advantages of Bricks Used in Construction:

END_OF_DOCUMENT_TOKEN_TO_BE_REPLACED

What Grillage Foundation?
Grillage foundations are made of one, two, or more levels of beams (usual steel) superimposed on a layer of concrete to distribute load across a large area. It is found at the bottom of the columns. These layers are concrete-encased and at right angles to one another. This foundation form commonly supports heavy building columns, piers, and scaffolds.

Even though foundation and grillage appear to be the same, they are not. Grillage disperses huge loads across broad areas, similar to how foundations distribute the load from the structure to the ground.

END_OF_DOCUMENT_TOKEN_TO_BE_REPLACED

What is Vaulted Ceiling?
A vaulted ceiling slopes up toward the roof and extends higher than average flat ceilings’ typical eight to ten-foot height. Arched, barrel, cathedral, domed, groin, and rib are some of the most popular vaulted ceilings, each with its structure. Originally used to designate ceilings with a self-supporting arch in classical architectural design, the word “vaulted ceiling” is now commonly used to describe any sloped, high ceiling.

During the middle ages, vaulted ceilings were a significant element of Gothic and Roman churches and basilicas (public buildings). Still, over time, they progressively became the ceilings of some traditional, modern, and industrial-style dwellings. A vaulted ceiling differs from other types of ceilings in that it extends from the building’s side walls to the central point, creating a great volume of overhead space.

END_OF_DOCUMENT_TOKEN_TO_BE_REPLACED

The location of the site and the function of the need determine which abutment is utilized in the bridge. Abutment comes in a variety of shapes and sizes. The use of an abutment is determined by the cost and type of the abutment concerning the site location. 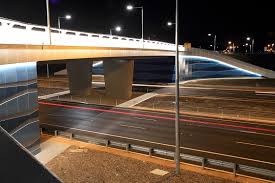 END_OF_DOCUMENT_TOKEN_TO_BE_REPLACED

What is Spread Footing?
Spread footings are commonly utilized to support each column of a building and the piers of a bridge. Construction of these footings is both cost-effective and economical. It works well in any soil with sufficient load-bearing capacity. Spread footing comes in various forms and sizes, including square, round, and rectangular. With stresses applied upward, this footing can operate as an inverted cantilever.

For the construction of spread footings, structural design codes and specifications assume a linear soil pressure distribution. As a result, designing spread footing is a lot easier.