As on June 1, 2016, the twin tubes of GBT (Gotthard Base Tunnel) which run from north to south under the famous Alps is world’s longest and deepest train tunnel.

The Project Background
The first thought of building a tunnel under the Alps was given way back in 1947 but the commission started deliberations in 1963. Then in 1992, the Swiss voters gave the go ahead to this project via referendum and the on site work started in 1995. The TBM’s (Tunnel Boring Machines) were deployed to work in 2002 from both the North and South end. In March 2011, the tunnel boring was completed. 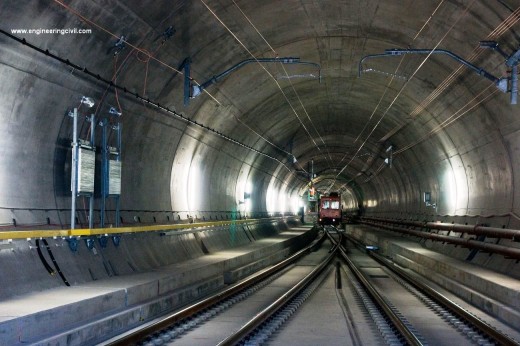 AlpTransit Gotthard Ltd. is the company which designed and constructed this project under project’s chief engineer Matthias Neuenschwander guidance.