Nora Stanton was born in Basingstoke, England, on September 30, 1883. Her family relocated to New York when she was a child. Nora Stanton Barney was the first woman to receive a Civil Engineering degree from Cornell University in 1905. In the same year, she was elected as the first female junior member of the American Society of Civil Engineers (ASCE). She showed the world what women empowerment looked like in the era where men were given preference in everything, especially in the engineering field. Nora Stanton Blatch paved the way for women in many areas, not only engineering. What we initially saw as a setback has now become an opportunity to learn and grow. Many other female figures have been inspired by her determination and can-do attitude to follow their dreams. 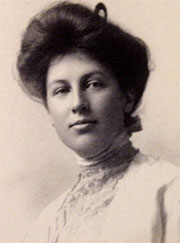 While formal schooling for American women in the early twentieth century was still uncommon, Nora Stanton Barney went even further by pursuing an engineering career, working for the New York City Board of Water Supply and American Bridge Company. She was active in the women’s suffrage campaign in addition to her bustling work. She was married to Lee De Forest, the inventor of the radio vacuum tube.

Her Career
In 1897, Barney enrolled at the Horace Mann School in New York to study mathematics and Latin. She would return to England for the summer holidays. Barney began studying at Cornell University in Ithaca, New York, in 1902, and her family formally moved to the United States. She was one of the first female students admitted to the Sibley School of Engineering (now the Sibley School of Mechanical and Aerospace Engineering). The suffragist was initially drawn to civil engineering, and she sought to break the glass ceiling in that sector.

Barney was the first woman admitted to the American Society of Civil Engineers (ASCE) for her engineering talents and accomplishments, but she was only given junior membership. The ASCE refused to advance her to associate status, a level that no woman had ever held when she turned 32 (the age restriction for junior members). They also refused to renew Barney’s membership. Barney sued the ASCE for full associate membership in 1916 but was unsuccessful. Only a decade after the lawsuit, in 1927, did a woman become a full member of the ASCE. The ASCE posthumously elected Barney with fellow status in 2015, many years after her death in 1971.

Project ‘NORA’
The New York City Department of Environmental Protection (DEP) named their 30-million-dollar tunnel-boring machine “NORA” in 2017 to recognize Barney’s considerable contributions to their water supply systems. The equipment was considered one of the world’s most advanced tunnel excavators and was created to rebuild the world’s longest tunnel, the Delaware Aqueduct in New York City. The project is regarded as the most extensive water supply repair in New York City’s history. Many people credit her with designing the weirs and dams in the Ashokan Reservoir, one of New York City’s water supply sources, and the Catskill Aqueduct, which still distributes around 400 gallons of water to the Ashokan Reservoir every day. 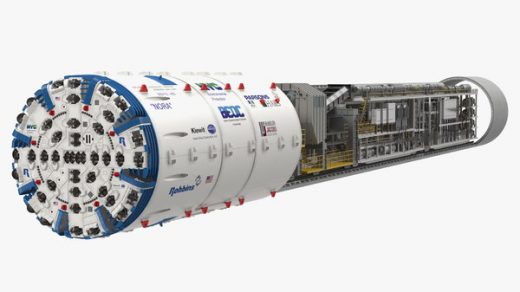 The TBM is more than 470 feet long and weighs 2.7 million pounds, including the cutter head, body, and following gear. It has a 21.6-foot-diameter cutter head. Workers saw massive water inflows under high head pressure when the aqueduct was first built more than 70 years ago. Therefore the equipment was modified to resist that much pressure. The TBM also has dewatering machinery that pumps 2,500 gallons per minute out of the tunnel as it travels through it. The 85-mile-long aqueduct was troubled by two significant leaks, located in Newburgh on the Hudson River’s western bank.

According to DEP research, Nora worked as a draughtsman for the New York City Board of Water Supply from 1906 to 1908, while it was developing the first elements of the Catskill Water Supply System. She was paid $1200 per year, the highest wage among the project’s draughtsmen. Nora’s work on water supply infrastructure in the Catskills is shrouded in mystery. However, a 1908 item in The New York Times stated that she had “done much difficult work on dams and weirs” for the project, implying that she designed some of the infrastructures for Ashokan Reservoir and the Catskill Aqueduct headworks.

Conclusion
Nora Stanton Barney has been an inspiration for women, civil engineers for several years because of her dedication, hard work, and passion for engineering, especially at that time when no woman could even think of stepping into the world of technology. She made the world look through her own eyes and significantly impacted the civil engineering world. She stands as an inspiration for generations to come. Nora Stanton Blatch Barney led the path for women in engineering, architecture, and mathematics. She played a significant role in the American women’s suffrage movement, influenced by her grandmother and mother. Throughout her life and career, the fearless engineer never stood away from taking risks and left an incredible mark on the infrastructure of New York City. Not only that, even after her divorce, she continued to work and also empowered her subsequent generations. The world needs more civil engineers like her who can think of the impossibilities and never hesitate to do more daring works that change the future for good.

Hudson Valley One, “Aqueduct Tunnel boring with the Nora”-https://hudsonvalleyone.com/2017/04/19/aqueduct-tunnel-boring-with-the-nora/