Reasons behind thermal expansion and contraction in piping systems
One of the most powerful dynamic forces acting on piped services is thermal expansion and contraction. All piping materials expand or contract when pipes are exposed to higher or lower temperatures than the installation temperature. If a pipe run is fixed at both ends and heated, the expansion of the liner pipe due to temperature change will cause compressive stresses in the pipe material. If the resulting stress is strong enough to exceed the pipe material’s allowed stress, the pipe, supports, or piping components may be damaged. Depending on the extent of the damage, the facility may be forced to shut down for a period of time to make repairs or replace the piping system. Because piping systems frequently transport hot fluids, piping stresses and flexibility analysis must be carefully executed to minimize difficulties.

Design Factors To Consider
To design for pipe expansion or contraction, one must first understand the pipe material properties listed below:

Slip-Type
Slip-type joints compress when the pipe expands into them. A sleeve that slides into an outer shell accommodates this expansion. Sealing materials are wrapped around the sleeve inside the body to prevent leaking through the slip joint. Slip joints come in a wide range of forms and configurations. However, they have several fundamental flaws. Only axial movement can be accommodated by slip joints (compression and elongation). The ability of slip joints to withstand thermal stress is limited, and the packing material must be maintained and replaced regularly to avoid leakage. This maintenance is frequently neglected, resulting in income loss due to leaking steam or other media. 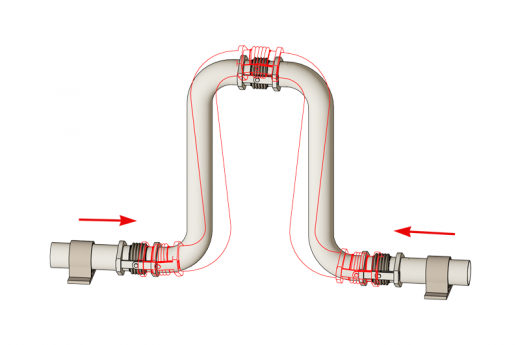 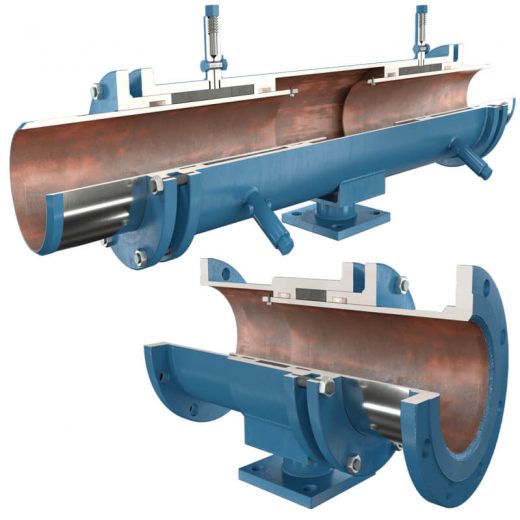 Designs to tackle this Problem
In order to avoid major difficulties, piping stress and flexibility analysis must be handled throughout the design stage. If left untreated, snaking pipes or tension on pipe joints could eventually lead to leaks or burst pipes, as well as all of the associated damage that a failure could entail. Hence, the piping stress and flexibility analysis can be done in the following ways:

Conclusion
These mechanisms are very important in civil engineering, especially when designing pipes. Even small changes in pipe systems can bring a big difference in the design, leading to defects. If all these are known properly, money can be saved in repairing. Thus, every civil engineer must be well equipped with modern design factors, criteria, and recommendations.