Why are cement concrete pavement road joints useful?
An efficient joint system is critical to the successful operation of a cement concrete road. Tie bars and dowel bars keep the pavement strong at joints and act as load transfer devices. The first reason for jointing concrete pavements is that concrete shrinks over time. This occurs through a variety of mechanisms. Drying shrinkage occurs as a result of water being used for hydration while also being lost to the atmosphere via evaporation. The heat of hydration causes thermal shrinkage in concrete. The mixture becomes hot as cement is mixed with water. Heat is released as the concrete sets and cools and the pavement shrinks. Chemical shrinkage occurs because the cement hydration products (concrete) take up less volume than the reactants (cement and water in addition to aggregates).

Some of the types of pavement joints in cement construction are –
1. Transverse joint
2. Longitudinal joints

Transverse Joint:
Transverse construction joints are used at the end of a paving run or where there is a break in the pavement. In practice, the locations are frequently referred to as headers. Because these joints, unlike contraction joints, have a flat interface, some form of embedded steel is required to either provide load transfer or prevent the joint from opening. Dowels can be installed in new concrete or holes drilled into a previously installed header. Tie bars can also be placed in fresh concrete or epoxies into previously drilled holes in a header. Transverse construction joints can be sawed or formed. If a slip-form paving machine runs out of concrete, the resulting header must be sawed. 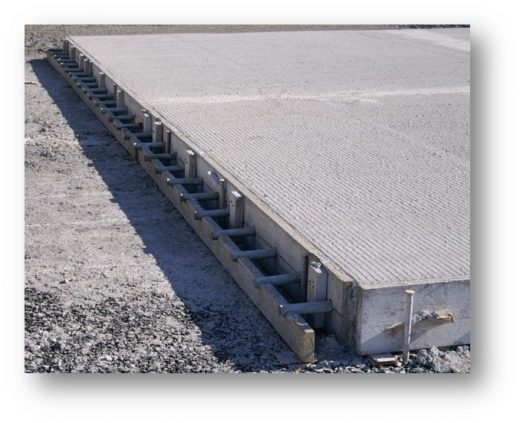 Some of the types of transverse joints are-
1. Joints for expansion.
2. Joints that contract.
3. Joints that are warped or hinged
4. Joints in construction.
5. Joints for isolation
6. Longitudinal joints
7. Filler for joints

Joints for expansion
Expansion joints provide a space for the pavement to expand into. These joints relieve the compressive stress that has developed in the concrete slab as a result of the expansion. Expansion joints also relieve construction and warping stresses. 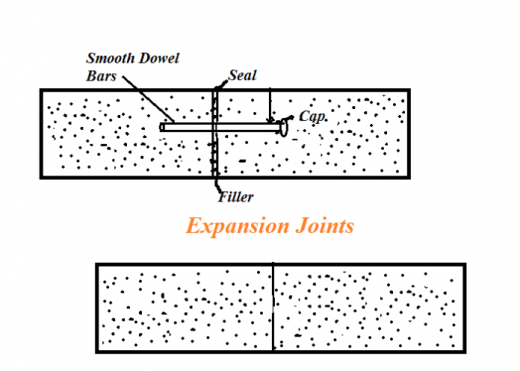 Warp joints
Warping joints relieve stress caused by the warping effect of the slab. These joints are commonly used for longitudinal joints that separate lanes in the pavement. Warping tendencies develop in the concrete slab as a result of temperature differences.

Joints used in construction
A joint must be provided due to the interruption in the continuity of the concreting, whether at the end of the day or otherwise. In the unreinforced concrete pavement, a tie bar is provided to prevent the joint from opening. It reinforces the cement concrete pavement, and the reinforcement should extend at least 0.3m beyond the end of this join. 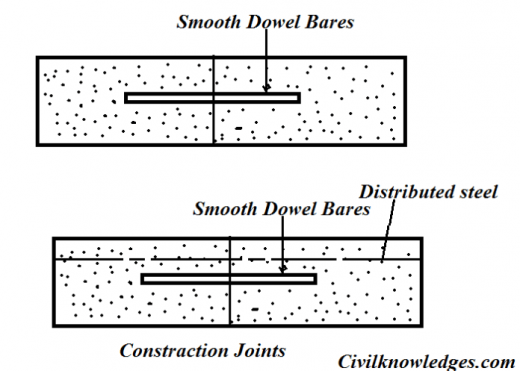 Fig 3: Construction joints
Ref: CivilKnowledges.com
.
Joints for isolation
Isolation joints serve one purpose only: they completely isolate the slab from anything else. Something else could be a wall, a column, or a drain pipe. However, few things are needed to think about when it comes to isolation joints.

Keyways are a construction joint option that has been used with both transverse and longitudinal joints. Originally, keyways were intended to facilitate load transfer. One disadvantage of using 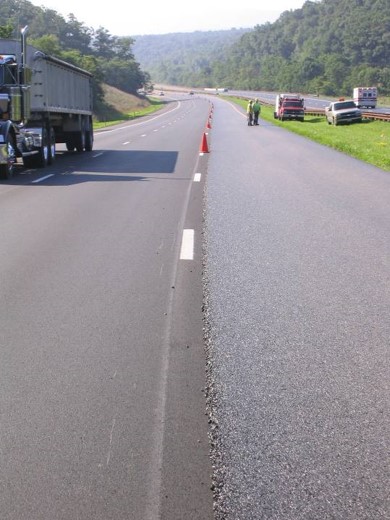 Keyway is that they can be difficult to build properly. Another issue is that, even if they are properly built, the male portion of the joint can be sheared off, causing additional problems.

These joints are provided to prevent longitudinal cracking and allow the road to be built at manageable widths.
Warping joints are commonly used, and no provision is made for transverse expansion and contraction of the road. 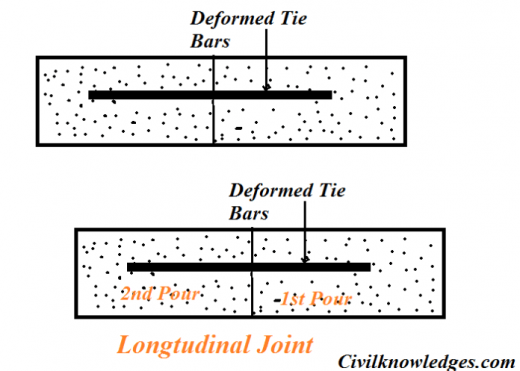 There are two major causes of longitudinal cracking.

1. Warping stress is extremely high.
2. In the case of clay soil, there are significant differences in soil moisture under the road’s edge versus the center of the road.

Joint lubricants
The purpose of the joint sealing compound is to seal the joint against the entry of water and grit while not affecting the road’s running surface.

The Benefits of Placing a Construction Joint
1. The floor’s free horizontal movement is limited by its vertical movement.
2. Load transfer at its best.
3. Edge security
4. Crack prevention as a result of thermal variations
5. Proper jointing of two concrete slabs.

Conclusion
All these are crucial for better bond in construction joints and hence understanding each one of them is of utmost importance. Other parameters are also important to look for which can be learned through extensive experience and knowledge.

Types of cracks in concrete and their causes