Forces Due To Pipe Bends

Forces Due To Pipe Bends 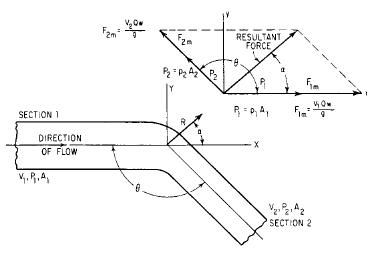 If the pressure loss in the bend is neglected and there is no change in magnitude of velocity around the bend,then

R=2A[(wV2/g)+p]cosine of angle between pipes

3 comments on "Forces Due To Pipe Bends"

how would u find the change in velocty and why?

pls send us calculation of weight & force of water

Um, why is vQw/g being treated as Force? vQw would be units of force, same as pA=P, not vQw/g. I don’t understand why you’d divide by g ….