Earthquakes are one of the most devastating forces on the planet. The seismic waves that travel through the ground can demolish buildings, kill people, and cost billions of dollars in damage and restoration. According to the National Earthquake Information Center, there are over 20,000 earthquakes every year on average, including 16 major disasters. The damage was caused by the collapse of buildings with people inside, as in previous earthquakes, prompting the development of earthquake-resistant constructions.

Advanced Techniques Some of the advanced techniques are:

Shock Absorption – –
Similar to the shock absorbers found in automobiles, structures employ this technology. This earthquake-resistant technology aids in the slowing down and reduction of the magnitude of vibrations in buildings. Shock absorbers should ideally be installed at each level of the structure, with one end attached to the beam and the other to the column. Each consists of a piston head that operates inside a silicone oil-filled cylinder. The horizontal motion of the building during an earthquake causes the piston to push against the oil, converting mechanical energy from the quake to heat.

Flexible Foundation –
Base isolation allow the building to be placed atop flexible pads that separate the foundation and allow the building to move in place. One technique to withstand ground stresses is to raise the foundation of the building above the ground. Here, in this case, the isolators vibrate as the base moves during an earthquake, but the structure itself stays stable. This effectively absorbs seismic vibrations and prevents them from passing through a structure.

Rocking-Core Wall –
Modern high-rise buildings use the rocking core-wall technology to improve seismic protection at a reasonable cost. A reinforced concrete core is established through the heart of the structure, encircled by elevator banks, to make this work. This approach is used in many modern high-rise structures to boost seismic resilience in a cost-effective manner. When used in conjunction with base isolation, it is the most successful technique compared to other techniques. Elastometric bearings use alternating layers of steel and natural rubber/neoprene for base isolation. The resulting bearing has a low horizontal stiffness and a high vertical rigidity. The combination is highly effective, cost-efficient, and easy to use.

Building Stability
Buildings must redistribute the forces that pass through them during a seismic event to avoid collapsing. Reinforcing a structure requires the use of shear walls, cross braces, diaphragms, and moment-resisting frames. In addition, shear walls are a valuable construction technique for transferring earthquake forces which is mentioned in IS 13920:2016. These walls, which are made of panels, allow a building maintain its shape during movement. Also, diagonal cross bracing are frequently used to support shear walls. These steel beams can support compression and tension, which helps to relieve pressure and redirect forces back to the foundation. Diaphragms are an important feature of the structure of a building as they help release tension from the floor and push force to the building’s vertical structures. They are made up of the building’s floors, roof, and decks placed over them. Moment-resisting frames allow for greater design flexibility while building a structure. This framework is installed between the building’s joints and allows the columns and beams to flex while the joints remain stiff. As a result, the structure can withstand the greater forces of an earthquake while also giving designers more flexibility in how they arrange the building’s elements.

Energy Dissipation Devices
This new technology for strengthening building relies on damping and energy dissipation as well, but it greatly extends the damping and energy dissipation given by lead-rubber bearings. Earthquake ground motion transfers a certain amount of vibration energy to the building. Buildings have the power to disperse, or dampen, this energy on their own. Buildings also have a finite ability to disperse energy before deformation and destruction occur. This will release energy either through large-scale movement or increasing internal strains in structural parts such as columns and beams. Both of them eventually cause damage of differing degrees. As a result, by installing a building with additional high-damping-capacity devices, we may considerably reduce the seismic energy entering the structure and thereby reduce structural damage. As a result, a range of energy dissipation devices have been created and are now being used in real-world buildings. Damping devices are another name for energy dissipation devices. Many dampening devices that have been created can be classified into three categories: friction dampers: that dissipate energy by using frictional forces; metallic dampers: that rely on metal parts within the damper to deform; and viscoelastic dampers: that use controlled shearing of solids.

Pendulum Power –
This approach works by suspending a massive mass near the structure’s top. Steel cables support the mass, and viscous fluid dampers are installed between the mass and the structure that it protects. In the event of seismic activity, the pendulum swings in the opposite direction to restore equilibrium. These systems are known as tuned mas dampers because each of the pendulums is tuned to match the structure’s inherent frequency. Their purpose is to diminish the dynamic response of the structure by counteracting resonance.

Symmetry, Diaphragms, and Cross-Bracing –
Symmetry is a typical criterion used in seismic design. Asymmetrical designs have a higher seismic risk. Although L-shaped, T-shaped, and split-level constructions are more visually pleasing, they are also more susceptible to torsion. As a result, engineers create symmetrical buildings to ensure that forces are distributed evenly throughout the structure and to keep aesthetic aspects such as cornices and cantilever projections to a minimum. A considerable lateral force is produced by an earthquake in both horizontal and vertical structural systems, and seismic design counteracts these stresses.

Diaphragms are essential components of horizontal constructions such as building floors and roofs. Engineers build each diaphragm on its own deck and strengthen it horizontally with vertical structural elements to distribute sideways forces. Also, braced frames are frequently utilised in the construction of walls in this sector and trusses are used to prevent sideways movement in braced frames. 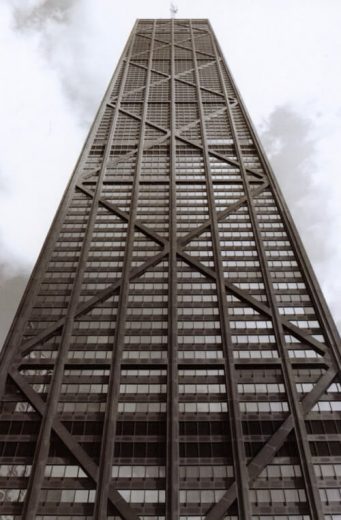 Conclusion
Seismic engineering is a sophisticated and ever-changing field. Seismic structural evaluation is a powerful method in Earthquake Engineering that combines thorough modelling of the structure with structural analysis to determine the building’s resistance to earthquakes. It’s just as necessary to upgrade older structures with better designs or materials as it is to build new structures from the ground up. Earthquake Civil Engineering’s ultimate purpose is to preserve lives by preventing buildings from collapsing and allowing residents to flee in a timely way. Also, other relevant earthquake design codes for earthquake resistant construction masonry structures have been produced by the BIS (Bureau of Indian Standards) in addition to the main earthquake design code 1893 (IS-13828 1993). Hence, engineers must follow these guidelines for better understanding and designing of structures especially in earthquake prone areas.

Is Your Home Earthquake Resistant?