Introduction
Interlocking Concrete Block Pavement (ICBP) has replaced the conventional concreting technique that required the use of traditional bricks and asphalt on the surface of the road. The traditional method was cumbersome as it required skill and accuracy to maintain the thickness of the road in addition to constant supervision by the site engineer. The roads had to be closed for hours as time was consumed in laying and mixing works. This problem was noticed by the higher authorities and the implementation of concrete blocks was recommended for ease of work.

The shape of such blocks varies as well as in size aspects because the design of these blocks constantly evolved during the years. The interlocking between the blocks was not good initially but as time went on, the design was modified so as to provide perfect interlocking. Interlocking is required to be perfect while laying as sand or other impurities might penetrate the gaps leaving the blocks isolated from the nearby blocks. This would result in breaking of the pattern and eventually the blocks would come out of the place. Hence, the works need to be precise on the field and is to be well monitored by the site engineers. 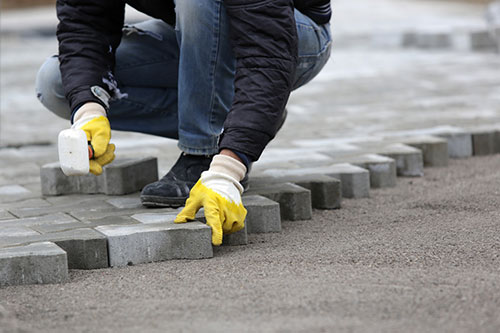 Benefits of such blocks
Such blocks provide more advantages compared to disadvantages. Some of which are listed below – 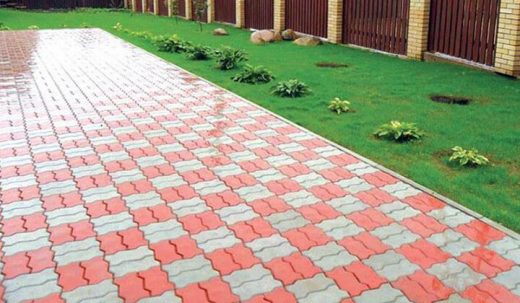 Negative points
Apart from having so much benefit, it also has some disadvantages that discourage the use of such bricks to some extent. These are-

Shape and types
There are four types of concrete blocks that are used in pavements. They are-

Conclusion
These blocks came into effect since their first application in Holland that proved to be successful in building a road which is durable and full of strength. Besides having disadvantages, such blocks are cheaper than the conventional road laying process and are beneficial for low to medium traffic. However, efforts are being made to change the specifications so that it is versatile in every aspect and all the disadvantages can be removed for more sophisticated applications in the construction industry. Indian Road Congress (IRC) has provided some standard specifications which are modified from time to time to meet the industry standards just like changes are being made in the building codes for coping up with the technological advancements. In the future, running of high-speed vehicles on such pavements can be expected if the surface is made smooth as much as possible, leaving no room for errors that will lead to the creation of bumps on roads. Furthermore, it is also advised that the site engineer keeps on updating their knowledge regarding such advancements so that the works can be completed in time less than the existing time period of implementation.