Bricks are rectangular units of uniform dimensions. Clay is used to making bricks. In construction, there are different types of brick. When stone is not accessible, bricks are commonly utilized as a substitute. Brick is a common building material made of clay and comes in rectangular shapes. Because of their inexpensive cost and long lifespan, they have remained popular since ancient times.

Advantages of Bricks Used in Construction:

Disadvantages of Bricks Used in Construction: 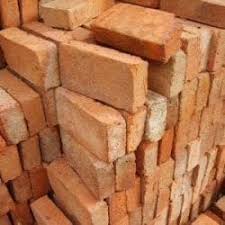 Unburned bricks, often known as sundried bricks, are the most basic type of brick. The name of the process for creating these bricks says it all. It is typically utilized in rural areas or temporary projects because it is not burned but rather dried in the sun for hardening. They are less durable, have lower fire and water resistance, and are best utilized for temporary structures in our types of bricks used in construction. 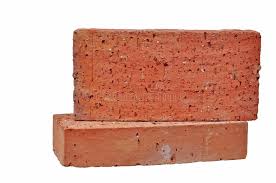 Burned bricks are created by heating them in a kiln. Burnt bricks are commonly used in everyday construction, such as first-class, second-class, and third-class bricks. 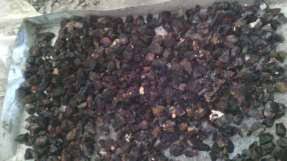 Because it is burnt at a higher temperature and for a longer period than regular bricks, it is known as the vitrified brick. The shape is altered as a result. The absorption capacity is quite great. The strength is comparable to that of first-class bricks, if not greater. It’s used as a foundation’s lime concrete. It’s also a coarse aggregate in concrete slabs and beams that won’t be exposed to water.

B. Types of Bricks Based on Quality:
4. First Class Bricks: 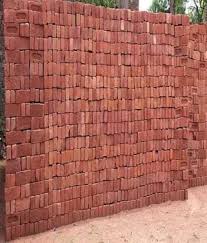 The dimensions of the first-class bricks are standard. These bricks are uniformly yellow or red. It has a well-burned texture and a uniform shape. The absorption capacity is less than 10%, and the crushing strength is 280 kg/cm2 (mean), with 245 kg/cm2 being the maximum (minimum). There isn’t any efflorescence on it.
When struck by another similar brick or a hammer, it makes a metallic sound. If one tries to do so with a thumbnail, it’s difficult enough to resist any fingernail expression on the brick surface. There are no pebbles, gravels, or biological materials in it. It is commonly used – for creating coarse aggregates of concrete, in construction of long durability, and for a building exposed to a corrosive environment. 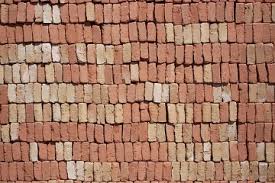 Second-class bricks are thoroughly burned, and when knocked together, they produce a clear ringing sound. Minor differences in shape, size, or color are acceptable. When soaked in water for 24 hours, it must have a compressive strength of at least 70 kg/cm2 and an absorption value of 22 percent. On shattered surfaces, a slight variance in structure is acceptable. 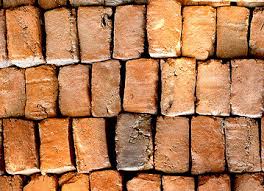 It is somewhat under-baked; slightly over-baked is acceptable. The absorption capacity is greater than 15% but less than 20%. The size and shape are unusual, and the color is a pale red–colored softness.
140 kg sq. cm is the crushing strength. It makes a dull or burnt sound when struck by another similar brick. It produces a fingernail expression when one tries to perform anything with the thumbnail. These bricks are not suitable for high-quality buildings. 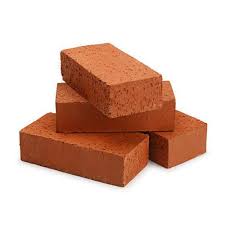 It’s made by pressing clay into molds, then frying, firing, and drying it in kilns. It’s the most commonly used brick. When used in construction, it must be plastered. 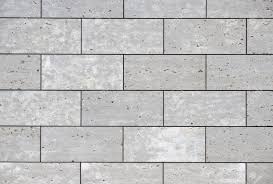 Concrete bricks are made with cement, sand, coarse aggregates, and water as the main materials. You can make these bricks in whatever size you like. Concrete bricks have several advantages over clay bricks, including the ability to be made on-site, a lower amount of mortar required, and the potential to be constructed in various colors due to pigmentation during the manufacturing process. Concrete bricks are used to make masonry and framed buildings, facades, and fences, and they have a great aesthetic appearance. 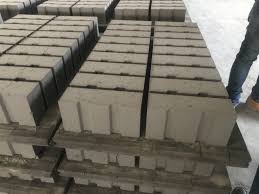 It contains class C or class F fly ash, a by-product of burning coal mixed with water and then firing at 1000 degrees Celsius. Class C fly ash is the best among the bricks used in construction for pillars, foundations, and walls because of its high calcium oxide content. It’s also known as “self-cementing” brick. Fly ash bricks are high fire resistance and high-strength uniform sizes for better joint, 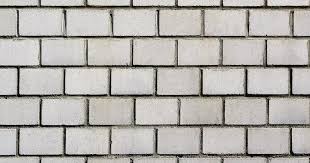 These are chemically-set bricks, which mean the procedure is finished using heat and pressure to speed up the chemical reaction. Artists utilize them to spark their work because they offer a smooth texture, acoustic insulation, and good fire resistance. These bricks are one of the most often used varieties of bricks in India, and they are utilized in a variety of applications in the building industry. In artistic works, such as ornamental works in structures, sand-lime or calcium silicate bricks are utilized. 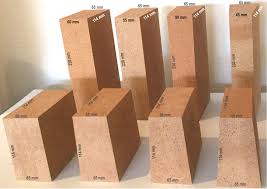 Refractory bricks are another name for it. It’s made out of a particularly created earth. It can withstand extremely high temperatures without losing its shape, size, or strength after being burned. It’s used to line chimneys and furnaces where the temperature is likely high.

D. Types of Bricks Based on Manufacturing Method:
12. Molded Brick: 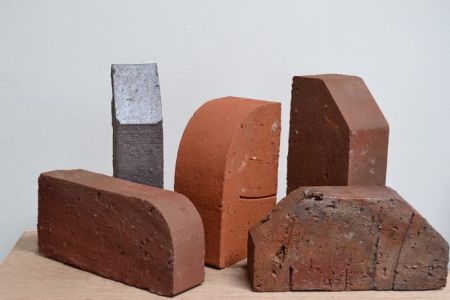 Instead of being molded in a machine, it is formed by hand in molds. Molded bricks with a 50-65mm diameter are available right away. Other sizes and shapes will be available 6-8 weeks after the order has been placed. 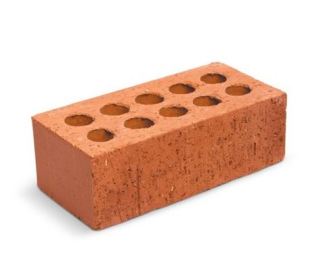 It’s manufactured by combining water and clay in a steel die with a fairly consistent shape and size, then wires to cut the resulting column into smaller units before firing. It’s commonly employed in construction projects with tight budgets. These bricks have three or four holes that account for up to 20% of the brick’s volume. 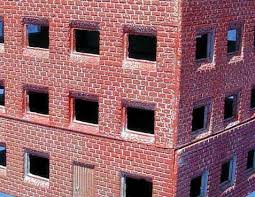 Traditional bricks are those that are formed by compressing clay into molds. One bedding surface features a deep frog, whereas the other has a shallow frog.

E. Types of Bricks Based on Their Using:
15. Engineering Bricks: 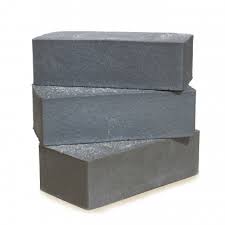 Engineering bricks are ranked third among the various sorts of bricks. Engineering bricks are bricks created in a factory at extremely high temperatures, resulting in a dense and robust brick with low strength and water absorption. Engineering bricks provide excellent load-bearing capacity, damp-proofing capabilities, and chemical resistance. These bricks will cost more than standard or ordinary bricks because they are used in specific construction projects. 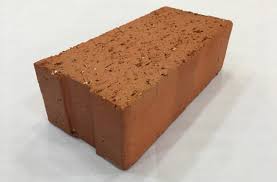 These are the most often used bricks, and they don’t have any unique characteristics or specifications. They have low compressive strength, low resistance, and low quality. They’re frequently found on the inside of buildings.

F. Types of Bricks Based on Using Location:
17. Facing brick: 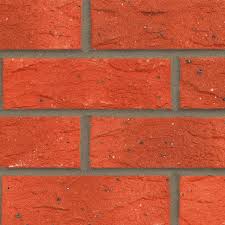 Facing brick is the material used outside any wall or structure. Facing bricks are uniform in size, stronger than other bricks, and have a longer lifespan. For a more attractive appearance, the color is red or brown colors. There are many face bricks available, each with its own set of techniques and technologies. Because facing bricks are typically used outside buildings, they should be weather resistant.

18. Backing Brick:
These bricks have no distinguishing characteristics or qualities. They are only used to support the wall behind the facing bricks.

G. Types of Bricks Based on Weather-Resisting Capability

19. Moderate Weather Grade:
These bricks are mostly utilized in tropical locations with little weather variation. They are resistant to extreme heat.

20. Severe Weather Grade:
These bricks are utilized in nations where snow is covered most of the year. These bricks can withstand any freeze-thaw cycle.

21. No Weather Grade:
These bricks are used on the inside walls of buildings and do not have any weather resistance.

H. Types of Bricks Based on Shape:
22. Bullnose Brick: 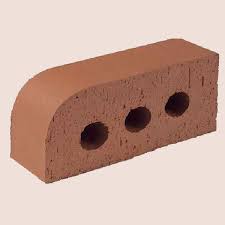 Round angles are sculpted into these bricks. They’re utilized to make quoins that are rounder.

23. Channel Bricks:
They’re made to look like gutters or channels. They’re commonly found in drains.

24. Hollow Bricks:
The function of these bricks is to provide insulation. They can withstand scattered loads. However, they can readily fail under concentrated loads. They differ from perforated bricks in that the number of holes in hollow bricks is less, but the size of the holes is larger than in perforated bricks 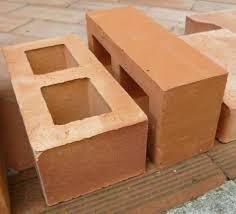 25. Coping Bricks:
They’re used for coping on walls to make them seem nice, and they can also be utilized for water drainage. When it comes to providing a coping for a wall, a specific shape may be requested. Imitating bricks come in various shapes and sizes, including chuffed, half-round, and saddleback.

26. Cownose Brick:
It’s comparable to a bullnose, except it’s rounded on both sides to one side. Double Bullnose bricks are another name for it. They are used similarly to bullnose, but they merely increase roundness. 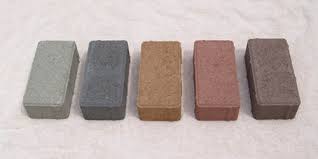 These bricks have a lot of iron in them. At low temperatures, iron vitrifies bricks. They’re found in gardens, park floors, and sidewalks. These bricks are resistant to the abrasive power of automobiles, making the floor less slippery and reducing the risk of accidents. 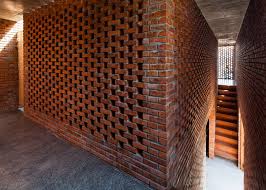 These bricks have cylindrical holes in them. They are incredibly light. Their method of preparation is also simple. They use less clay than other types of bricks. They are available in various sizes and shapes, including round, square, and rectangular. They’re utilized to make lightweight structures and multistory frame structures and panels for lightweight constructions. 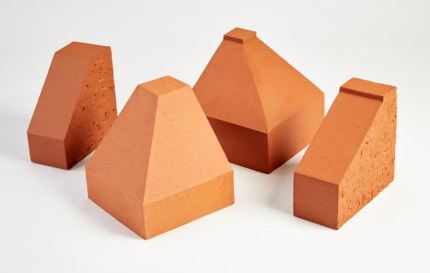 These bricks are manufactured for specific reasons. For door and window jambs, splay and can’t bricks are used. Civil engineering constructions such as sewers, maintenance holes, and retaining walls use engineering bricks. Chimneys and fireworks require fire bricks. Cornices and corbels are built using ornamental bricks. In arcs, arch bricks are utilized.

How to Check the Quality of Bricks on the Construction Site:

Conclusion:
Bricks are the most important construction component, and they are frequently the bedrock of most structures. Bricks used in building construction have gotten increasingly refined in recent years, with improved strength and stability at a reduced cost. Different types of bricks are used in construction, and each brick is utilized at different stages of the structure’s execution and completion.