On 4th Jan 2010, the biggest civil engineering marvel was inaugurated with a spectacular display of water, sound, light, and fireworks.

The biggest marvel which has amazed one and all has been in minds of not only civil engineers but also in the minds of common people. The world’s tallest building is being unveiled in the middle of the a huge financial crises but this has not marred the spirit of Dubai.

The inauguration show consisted of a pre-show and three themed acts – From the Desert Flower to Burj Dubai, Heart Beat, and From Dubai ‘&’ the UAE to the World.

People of Dubai can watch this much awaited inauguration ceremony from the Waterfront Promenade close to The Dubai Mall.

As per Ahmad Al Matrooshi, Managing Director, UAE, Emaar Properties,
“Just as Burj Dubai leaves an indelible impression on the mind’s eye, so the performance dedicated to the tower’s inauguration on January 4 will be a memory to cherish.”

Burj Dubai is the tallest man-made structure with a staggering height of 824.55 m (2,705 ft). This ambitious project began on 21 September 2004 and is now opened exactly on schedule. 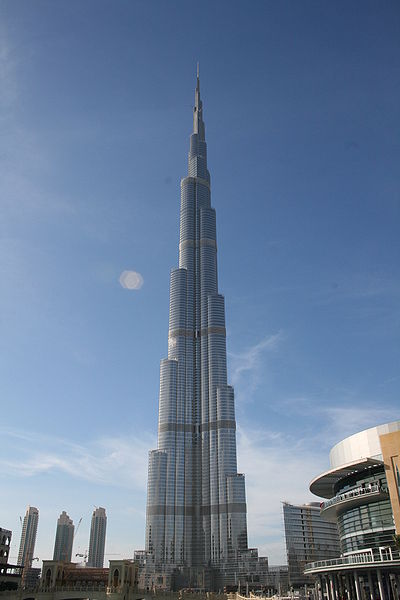 Here is the chronological overview of the project

In January 2004 the excavation of the area is started and piling work commenced in February 2004. The construction work was given to Emaar contractors in September 2004

11 comments on "Burj Dubai – The New Level Of Civil Engineering"

i m amazed to see the highest tower made by the human being.i want to know the construction materials of burj e dubai.

How fulfilled d engineers responsible for this massive creation will be. I do agree with the statement; ‘THE CREATOR NEXT TO GOD IS A CIVIL ENGINEER’

This is amazing! i like the structural design from the
out look of the tower. Glory be to GOD who gives wisdom to our civil engineers.

Can you send me the videos of the construction process.

i want to know the graduation to be done to build a buiding like that which is beautiful than anything …..

without civil engineers, where will humans live?

well……why is everybody giving the whole credit to civil engg???? there is alot done by architects as well

i agree, let’s look at the architect also, the master who design the tower.. adrian smith from SOM (skidmore, owings & merrill) -the chief architect of burj dubai. SOM is basically a huge architecture firm that grasped from skyscraper and highrise projects.

I m doing diploma in civil engg. . . I want job in emaar so plz tell me how can i get the job in emaar i m from chandigarh(india)

This is amazing! i like the structural design from the
out look of the tower. Glory be to GOD who gives wisdom to our civil engineers.