1.0 INTRODUCTION:
Cracking is one of the major issues in concrete. Since concrete has various physical and chemical properties it is prone to cracking. Its elimination is not possible totally but it can be restricted or reduced to a certain extent. Mostly, cracking goes on a microscopic scale and does not appear visibly as a fault. If the cracking goes on a macroscopic scale it can result in loss of strength, stability and durability. It can also cause decrease in sound insulation and overall efficiency besides affects aesthetics to a greater extent.

The main causes of cracking are as follows:

Since, prevention is better than cure it is always preferable to prevent cracking to a certain or a possible extent than to think of repairs in the future due to various reasons. One of the frequent occurrences of cracking of concrete is due to plastic shrinkage of plastic settlement. This paper deals with various aspect of these types of cracking.

2.0 OCCURANCE OF PLASTIC CRCKING:
Both plastic shrinkage and plastic settlement cracks occur within a few minutes or hours of concrete placing and finishing. They occur when concrete is still in plastic state and has not fully hardened. They can be seen as early as 10 minutes from the time of placing and finishing to as late as 3 hours after placing. 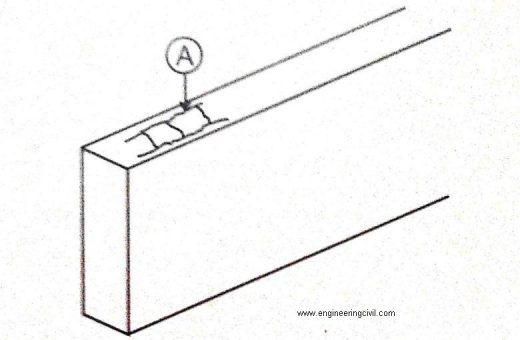 Figure 1: Reinforcement near the top of concrete section can cause plastic settlement cracking. If the formwork is relatively narrow, concrete may arch or wedge itself across the top of narrow space and develop cracks (See A.) 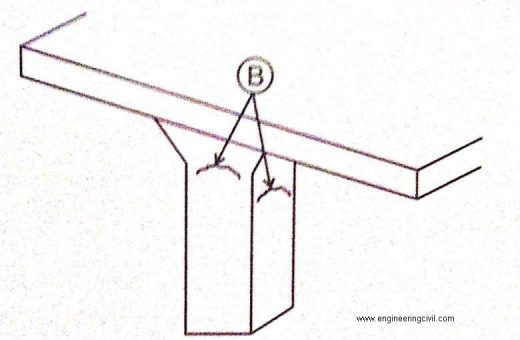 Figure 2: Plastic settlement cracking are those caused by pronounced changes of section such as the cracking below flared column heads (See B). 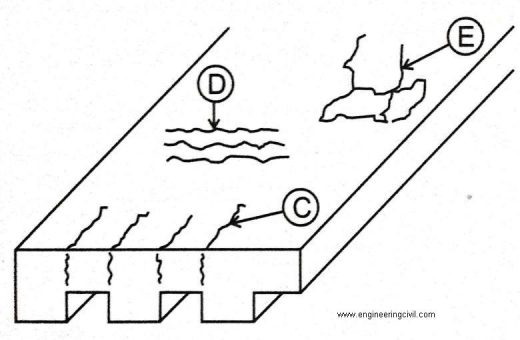 Figure 3: The changes in section of trough and waffle floor slabs, causes more settlement in the webs than in the comparatively thin flanges and results in cracking (See C).

If the sub-base or material against which concrete is being placed is very absorbent like, for example,

Dry soil or absorbent formwork, an exaggerated type of plastic settlement cracking is likely to occur. In such cases the cracks will usually follow the reinforcement pattern and run parallel to each other (See D in Fig.3).

2.2 PLASTIC SHRINKAGE CRACKS:
In slabs rapid drying of fresh concrete at the exposed surface causes plastic shrinkage when the rate of loss of water from the surface is more than the rate at which the bleed water is available. Due to this rapid drying, the surface concrete becomes too stiff to flow but is not having the strength to withstand the tensile stresses caused by restrained shrinkage. This causes concrete to develop cracks on surfaces. 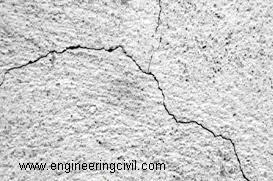 These are generally parallel to each other. Spacing must be assumed between 0.3m to 2m apart, upto 25 to 50mm in depth or even pass through the entire depth of the slab with thickness varying between 1 mm to 2 mm. The cracks also form a random pattern or a map pattern (See E in figure 3).

However, the most features of plastic shrinkage cracks are that they do not normally extend to the edge of the slab because this is free to shrink without restraint.

3.0 SEGREGATION AND BLEEDING OF CONCRETE
Before examining the causes of plastic shrinkage and settlement cracking a clear understanding of segregation and bleeding of concrete is necessary.

3.1 SEGREGATION
Segregation is separation of the various ingredients of fresh concrete, so that they are no longer uniformly distributed. Segregation can take place if the proportions of fine aggregates and cement are inadequate to give concrete good cohesiveness or if the concrete is carelessly transported, placed and compacted.

Generally, fine materials separate out from the coarser materials or vice versa causing non-uniformityin the fresh concrete. There are two kinds of segregation. The first is the one described above occurring in mainly dry non-sticky concrete mixes and the second is bleeding which occurs in wet concrete mixes.

3.2 BLEEDING
Bleeding is said to occur when water (considered to be blood in concrete) frpm the freshly placed and compacted concrete appears on the surface before it has set. After the concrete sets bleeding stops and can no longer take place. Water being the lightest ingredient in fresh concrete rises to the surface and the heavier ingredients like aggregates tend to settle under the force of gravity.

However, well concrete may have been compacted, the force of gravity tends to pull the heavy solid particles downward, the lighter water being displaced upward. This upward migration of water is known as bleeding. Bleeding ceases either when the solid particles touch each other and cannot settle any more, or when the concrete stiffens due to cement hydration and prevents further movement. Bleeding is affected by many factors, but the most important in practice are the grading of all ingredients and the consistency of the mix. Mixes, which bleed excessively are those, which are harsh and not sufficiently cohesive.  Basically this is caused by the lack of very fine materials in the mix. Obviously it is generally due to the use of coarse sands or when the sand content has been kept low. However, even while using fine sand adequate precautions are necessary to prevent segregation, usually when the fine aggregate content is less than 30% of the total aggregate content. If mixes exhibit any serious bleeding, the sand content should be increased to a value closer to the optimum voids content of the coarse aggregate, typically about 35% for crushed rock aggregate. Bleeding will then be significantly reduced.

The above factors can singly or collectively cause cracking of concrete.

5.0 PREVENTIVE AND PROTECTIVE MEASURES
5.1 PLASTIC SETTLEMENT CRACKS
The restraints, which lead to plastic settlement cracking, are usually an inherent part of the construction and cannot be completely avoided. The cracking can be minimized only by increasing the cohesiveness of the concrete and reducing its bleeding. The use of air-entrainment in the mix reduces bleeding and therefore will help to reduce plastic settlement cracking. The mix proportions can also be modified so as to improve the cohesiveness or water retention characteristic of the concrete mix. This is done usually by increasing the sand and or cement content.

Bleeding and subsequent is aggravated by rapid drying out of the concrete. Therefore, efficient curing immediately after placing, compacting and finishing the concrete, can reduce the risk of cracking. Alternatively, The problem of settlement cracking can be overcome by re-vibrating the concrete after the initial settlement has taken place. If the initial setting of concrete permits, after about half-an-hour to an hour of initial vibration, concrete can be re-vibrated. Often this is the only practical cure.

Rarely do plastic settlement cracks pass through the entire section of concrete. They will usually stop at the steel causing the restraint. So, structural integrity is not normally lost but durability of concrete can get affected. It is preferable to seal such cracks on exposed concrete surfaces to prevent subsequent corrosion of reinforcement.

5.2 PLASTIC SHRINKAGE CRACKS:
The most significant factor affecting plastic shrinkage cracking is a high rate of evaporation of water from the concrete. The rate of evaporation is a function of the ambient temperature, dryness of the air and the wind speed. Dryness or relative humidity is indirectly affected by temperature. The influence of wind speed should not be under-estimated since an increase in wind speed of roughly 8km/hr has an equivalent drying effect of a temperature increase of 10 Deg. C. This shows the importance of taking precautions to avoid rapid drying of concrete in summer as well as on windy days by prompt and effective initial curing. Evaporation should be arrested within the first 30 minutes to 1 hour after the concrete has been placed. Unless it is possible to wet cure or provide wind breaks (which are seldom practicable), the concrete should be covered with continuous white or transparent polyethylene sheets immediately after it has been placed and compacted. The importance of very early and efficient curing for prevention of plastic cracking cannot be over-emphasized.

Although plastic shrinkage cracks usually pass right through the slab thickness, they skirt around the coarse aggregate, and aggregate interlock is maintained so long as reinforcement prevents the cracks from opening significantly due to subsequent drying shrinkage. Normally they may be neglected unless they are close to local shear force, for example around a column heads or adjoining a local bearing wall.

6.0 CONCLUSION:
Concrete when fresh is weak as a newborn child and therefore needs all attention and protection on its exposed surface till it has gained reasonable strength. If initial protection and curing are neglected in addition to improper concrete mix, the structure will be like a weak child having inherent defects throughout its life.

Plastic settlement cracks mostly occurs in certain concrete sections where the presence of reinforcement or ties, or the shape of the section itself, impedes the settlement of the mix after compaction. They can be avoided only by improved mix design, or by re-vibration of the concrete after placing.

Plastic shrinkage cracks are much less predictable than settlement cracks. The only way to avoid them, especially in windy warm weather, is to cover the concrete with a polyethylene sheet almost immediately after placing, compacting and finishing the concrete. Early curing of concrete is also desirable.

We at engineeringcivil.com are thankful to Shubham Sunil Malu for submitting this very useful paper to us. We hope this will be of much help to all those who are seeking more information on Plastic Cracking of Concrete