i) Beams and Girders:
Both serve the same purpose: to support the roadway and keep it from bending. Girders are another type of beam support. Girders are used instead of beams to support heavy loads. Beams have a rectangle cross-section, whereas girders have I-shaped cross-sections with two load-bearing flanges and a stabilizing web.

ii) Bearing
Between the bridge girder and the pier cap, a bearing provides. The bearing’s function is to enable motion or vibration of the top superstructure of the bridge while extracting effect stress from the bridge foundation.

iv) Handrail and Parapet Wall
The parapet is one of the Bridge’s safety features that prevent vehicles from falling off where there is a drop. It blocks views, prevents trash from falling below, and acts as a noise barrier.

v) Flooring
It is the top surface of the bridge road surface on which vehicles travel. It prepares for concrete or a bituminous road.

2. Substructure:
The Substructure is the formation of the Bridge below the level of the bearings. The Substructure’s function is to support the superstructure components and safely distribute their loads to the subsoil. It consists of the following components:

i) Abutments
It is a bridge or dam structural element used at the ends of a bridge span or dam, endorsed by a structure. A single-span bridge has two abutments that provide vertical and lateral support. It is used as retaining walls, preventing the earthen fill of the bridge approach from shifting laterally.

ii) Wing Walls
It is among the Bridge’s earth retaining structures. They serve as retaining walls and adjacent to the abutments. Wing walls hold soil for the abutment, roadway, and approach embankment, which can be at a right angle or splayed at various angles.

iii) Piers
Its function is as an intermediate support structure between two bridge spans. Bridge piers are primarily responsible for supporting the bridge superstructure element and transferring load to the foundation. The pier must be strong enough to withstand both horizontal and lateral forces. Piers are known as bridge compression members.

Piers are classified according to their structural connectivity, section shape, and framing configuration.

iv) Foundation:
Foundations are structures designed to evenly load distribution from piers, abutments, wing walls, and returns across the strata. The foundations provided for bridge structures are sufficiently deep to avoid scouring due to water movement and reduce the possibility of undermining.

Classification of Bridge:
i) Based on the Construction Materials used: 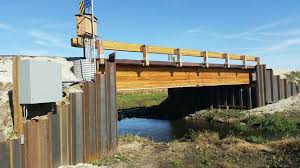 Timber bridges use in areas with plenty of timber logs. It is widely obtainable.

Masonry Bridge
Masonry bridges prepare with bricks or stones. These are typically built for short spans and in shallow canals.

Steel Bridge
Steel bridges are made with steel bars, trusses, or cables. These are more durable and can withstand heavy loads.

R.C.C. Bridge
Cast iron and steel were the new materials that piqued the engineers’ interest after a stone had dominated the building’s history for so long. R.C.C. construction would result in a maintenance-free structure.

ii) Based on Alignment:
Straight Bridge
These are the bridges that are perpendicular to the river’s axis. the fundamental components of a bridge

Skewed Bridge
The bridges are not at right angles to the river’s axis.

iii) Based on the type of Super Structure:
Arch Bridge 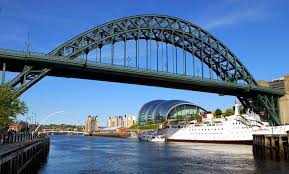 An arch bridge is a curved bridge with abutments at each end that develop and restrain horizontal thrust. Arch bridges come in a variety of styles. In some cases, the arch may be located beneath the deck slab.

Girder Bridge
Girders support the deck slab in the case of a Girder Bridge. The girder can be rolled steel, plate steel, or box steel and takes loads from the deck and transfers them to the piers and abutments.

Truss is a member made up of connected elements that form triangular units. Trusses make up the superstructure of a truss bridge. There are various types of trusses available. 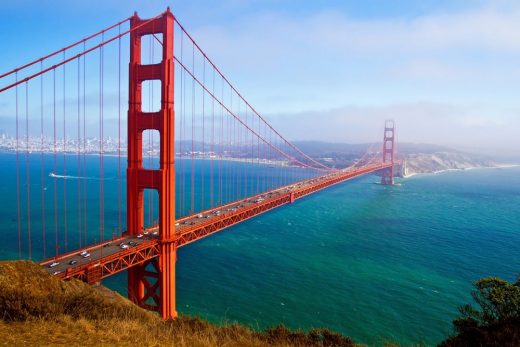 In the case of a suspension bridge, the deck slab removes using cables and suspenders. These will have a nice appearance. This type of suspension is appropriate for long-span bridges.

iv) Based on Span:
Culvert Bridge
When the bridge span length is less than 6 meters, it is known as a culvert bridge.

Minor Bridge
A minor bridge has a bridge span length ranging from 8 to 30 meters.

Major Bridge
The span of a major bridge is typically between 30 and 120 meters.

Long Span Bridges
When a bridge’s span exceeds 120 meters, it is known as a long-span bridge.

Under Bridge
If an over bridge is not possible, an underground bridge is provided to allow another route known as an under Bridge.

vi) Based on Function:
Foot Bridge
A footbridge allows humans to crossroads, rail lines, or canals on foot. 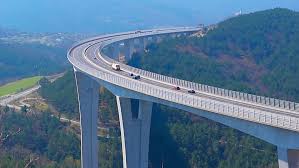 Aqueduct Bridge
Aqueduct bridges are liquid structures designed to transport water from a source to a system.

vii) Based on Inter Span Relation:
Simple Bridge
A simple bridge is similar to a supported beam in that it has two supports at each end. Simple bridges are appropriate for shorter spans.

Continuous Bridge
If the bridge span is very long, we will need to add more supports between the end supports. This

Cantilever bridges are only supported at one end, leaving the other end open to the elements. In most cases, two cantilever sections connect to make way for vehicles or humans.

Permanent Bridge
These bridges are built for long-term use and keep in good condition. Steel or R.C.C. bridges fall into this category.

ix) Based on Position of Floor:
Deck Bridge
The superstructure or bridge floor locates between the high flood level and the formation level in the case of a Deck Bridge.

Through Bridge
In the case of a through Bridge, the superstructure of the Bridge is completely above the formation level.

Semi Through Bridge
A semi-through bridge has a superstructure that is partially above and partially below the formation level.

High-Level Bridge
In flood, the high-level bridge will not in submerge. It is built well above the high flood level and along important routes.

Conclusion
Bridges, like buildings, serve us in both practical and aesthetically pleasing ways. They are not only modes of transportation; they also serve as landmarks. They’ve also become geographical and architectural symbols that help define us as humans, both culturally and historically.