Introduction
Raised pavement markers are reflectors on roads provided for safety purposes. These can be made up of ceramic, plastic, fibre, metal, concrete, glass, steel, etc. of various shapes and sizes. There are also non-reflector raised pavement markers like that of ceramic but these have disadvantages as they are not effective during night time. Nowadays, such reflectors have in-built light in them that emit lights which keep on blinking at night for safety purposes. Some other names for specific types of raised pavement markers include convex vibration lines, Botts’ dots, delineators, cat’s eyes, road studs, or road turtle. 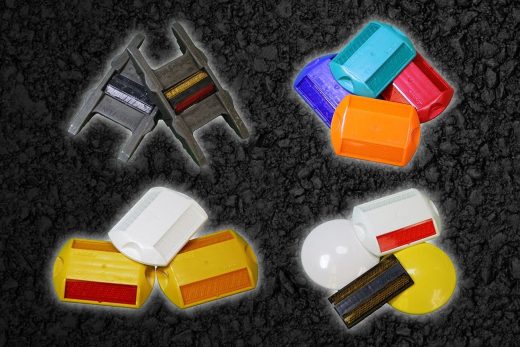 Convex Vibration Lines
Such lines are covered with raised jolts which are sometimes coated with high reflective indexed material. It is often used in the road for dividing lanes in case dividers are not provided. Whenever a vehicle runs over such reflectors, a jerk is felt by the vehicle driver which immediately alerts him that he is going out of the lane. It is effective in highways, near toll plazas, city roads, and so on. It is usually yellow in colour and is attached to the yellow strips on road. 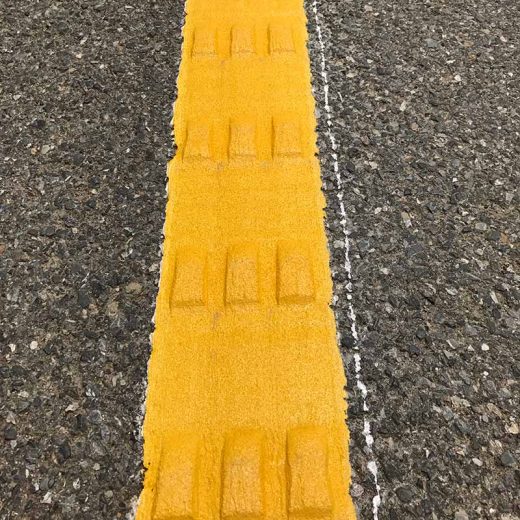 Bott’s dots
These are nonreflective markers on the road that are yellow or white in colour and are made of plastic or ceramic. They appear as dots and are placed on highways with the help of epoxy as a gluing substance. It is not suitable for areas of snow as they get covered up which is not effective as safety markers. 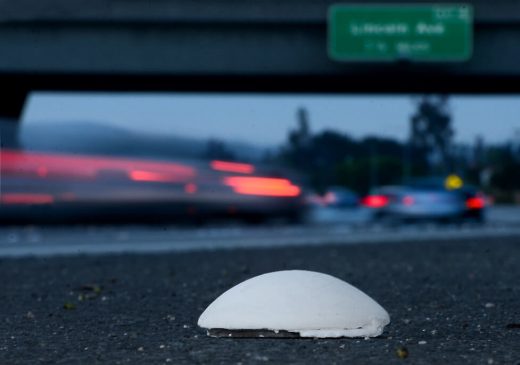 Delineators
These are pylon that are placed on the surface of road or at the edges for channelizing the traffic. Unlike other devices, these delineators are not be touched by passing vehicles except in case of the vehicle being out of control. These are usually tall such that they can hit the tyre of the vehicle as well as the vehicle body itself. These have one or more reflective strips. Also, it serves for the purpose of indicating lane closures. These come in variety of shapes like round or curved. 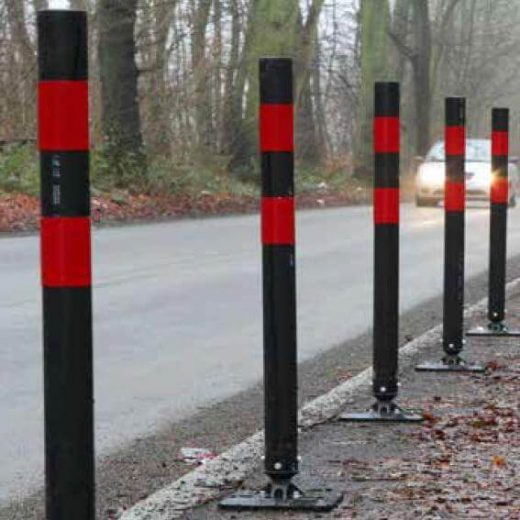 Cat’s eyes
These consist of two reflective curved surfaces that are fitted into a white rubber dome that is placed on cast-iron housing. It is available in various colours and is popular in many different countries. It is mainly used for the purpose of visual lane marking, tactile lane marking and special feature marking. It comes in blue, green, yellow, white, and red colours. 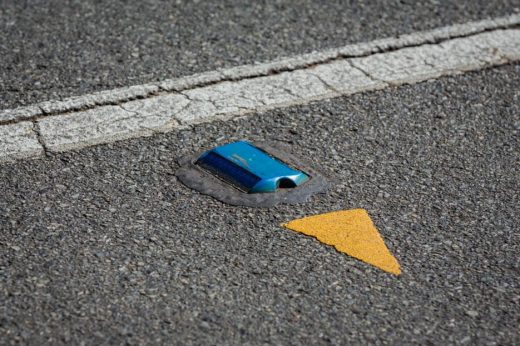 Road Studs
Road studs are reflective power cell used on roads to highlight the road edges are centre line of the road. These improve the night vision and help the drivers in adverse weather conditions. These also serve as a speed retarder before the junction or crossing or at the beginning of fly-over sections where road accidents are highly predicted. These also come in variety of shapes and sizes. Some are powered with LEDs and some are based on solar energy for power. They are widely used in Taiwan and other parts of the world. 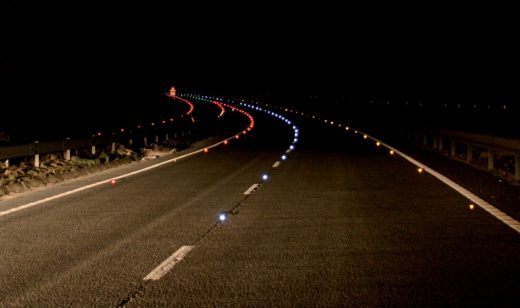 Conclusion
These road markings have saved lives over years. These can provide us information regarding bus and cycle lanes, any dangers, speed limits, yellow lines, lines of traffic diversion, road way lines, and instructions for pedestrians like zebra crossings. Although road markings are sometimes faded away, engineers and other professionals in this field must keep track of such measures to update the lines. Also, strict vigilance is necessary for better protection and visibility so that more road accidents can be avoided. It is estimated that road accidents are frequent compared to rail or air accidents. All these measures can help to reduce such fatalities, but it should also be remembered that the user of the vehicles must strictly follow the rules and regulations and marking guidelines for strict vigilance against accidents on road.