Parabolic curves find there usage when we have to connect sections of highways or railroads of differing gradient. The use of a parabolic curve provides a gradual change in direction along the curve. 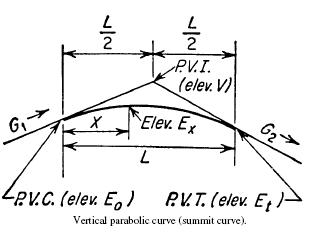 For xs>L:The curve has no high or low point