The South Runway Expansion Project continues to progress at Fort Lauderdale-Hollywood International Airport (FLL). In 2012, FLL served 23.5 million passengers. The Project is extending the South Runway (9R/27L) from 5,276 feet to 8,000 feet, giving the Airport two parallel commercial runways. Parallel runways can increase airport capacity dramatically. When completed, the expanded South Runway will accommodate up to 27 percent more flights into and out of FLL. That’s a potential increase from 84 to 107 flights per hour. Motorists, trains and pedestrians will pass under the new Runway through a series of tunnels.The South Runway Expansion Project is expected to create over 11,000 jobs during construction. The Project is currently contributing more than one million dollars each day to the local economy. The new South Runway is scheduled to open in September of 2014. Additionally, the airport has commenced wetland restoration/mitigation activity at West Lake Park, in Hollywood, Florida, and recently completed the pilot phase of a $170 million noise mitigation program. Beyond the direct economic impact, there are countless additional economic benefits that will be derived by the on-going activity during the construction period. The project is funded by the Federal Aviation Administration, the Florida Department of Transportation, and Passenger Facility Charges. FLL operates under the governance of the Broward County Board of County Commissioners and is an Enterprise Fund of Broward County, receiving no local tax revenues to support operations. 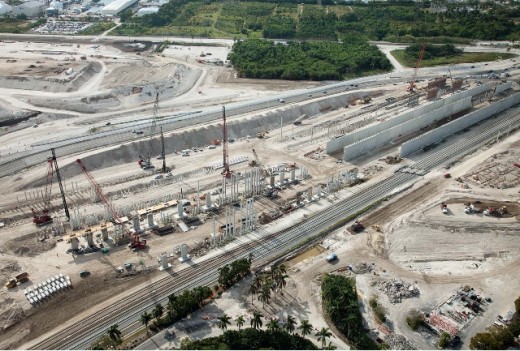 Aerial View of the Retaining Wall 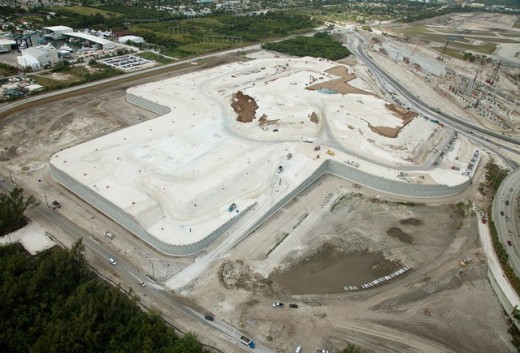 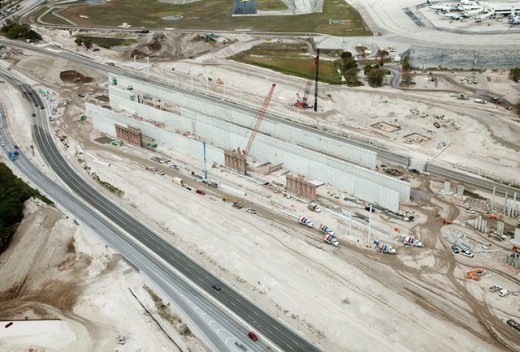 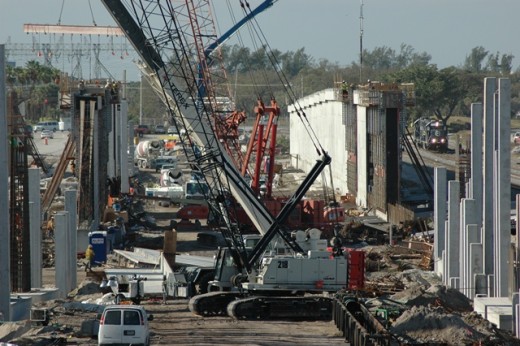