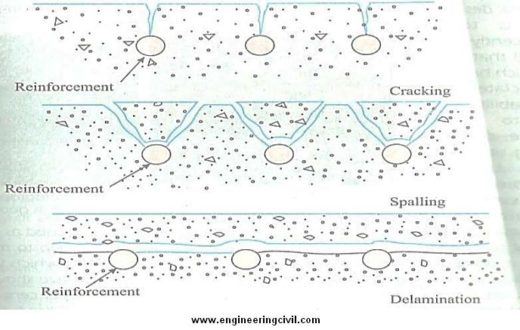 This system has been developed mainly as a factory / shop process.
• The approach behind development of this system is that the base metal of rebars, contains ? electrons which get readily released in corrosive environment leading to oxidation of iron and thereby formation of Ferrous Oxide (II) (rust) as principal deterrent.

• In order to prevent this oxidation a surface coating capable of interacting/nullifying the released electrons is provided.

• There is no passivating primer film provided in case of FBEC rebars.

• This coating introduces a medium of weakness in the path of an intimate bond between rebar and alkaline concrete.

• Extensive investigation carried out on 40 bridges in Florida Key in USA has revealed that disbandment can occur easily in the FBEC rebars which lacked passivation layer of Ferrous oxide (II) and is a precursor to corrosion. 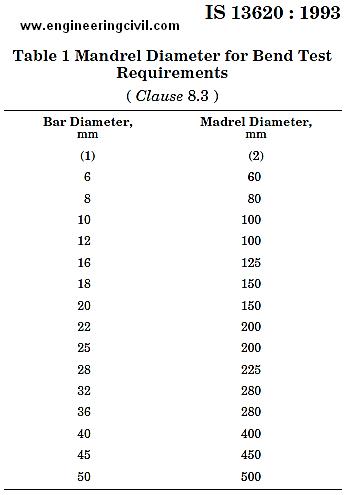 4.0 Corrosion Resistant Steel Deformed Rebars (CRSD)
• Mechanism of resistance to corrosion begins with the formation of initial layer of protective oxide or rust. (Hypo oxides). Unlike common rust on normal rebars, the CRSD rust is passive, tenacious and self-renewing.

• Scale on normal bars of steel is coarse textured flaky oxide that does not prevent moisture or oxygen from reaching the underlying bars and continuing the corrosion.

• As corrosion resistance is in the chemistry of the grade, if the passive oxide layer gets removed somehow, a new passive layer is formed immediately.

We at engineeringcivil.com are thankful to Er Priyanka Gupta for submitting this very important paper to us.
Share this post

how done this job in site condition